SuperColliderAU allows wrapping SuperCollider synth definitions into AudioUnits plug-ins. Two main modes are supported: in interactive mode, a SuperCollider server instance wrapped in a generic AudioUnits plug-in can receive OSC commands from any client (typically the SuperCollider language). In standalone mode, a synth definition and all necessary metadata is bundled into the plug-in, which can be controlled using standard widgets (typically sliders) defined for each control. While it was out of maintenance for some time, it is now functional again! 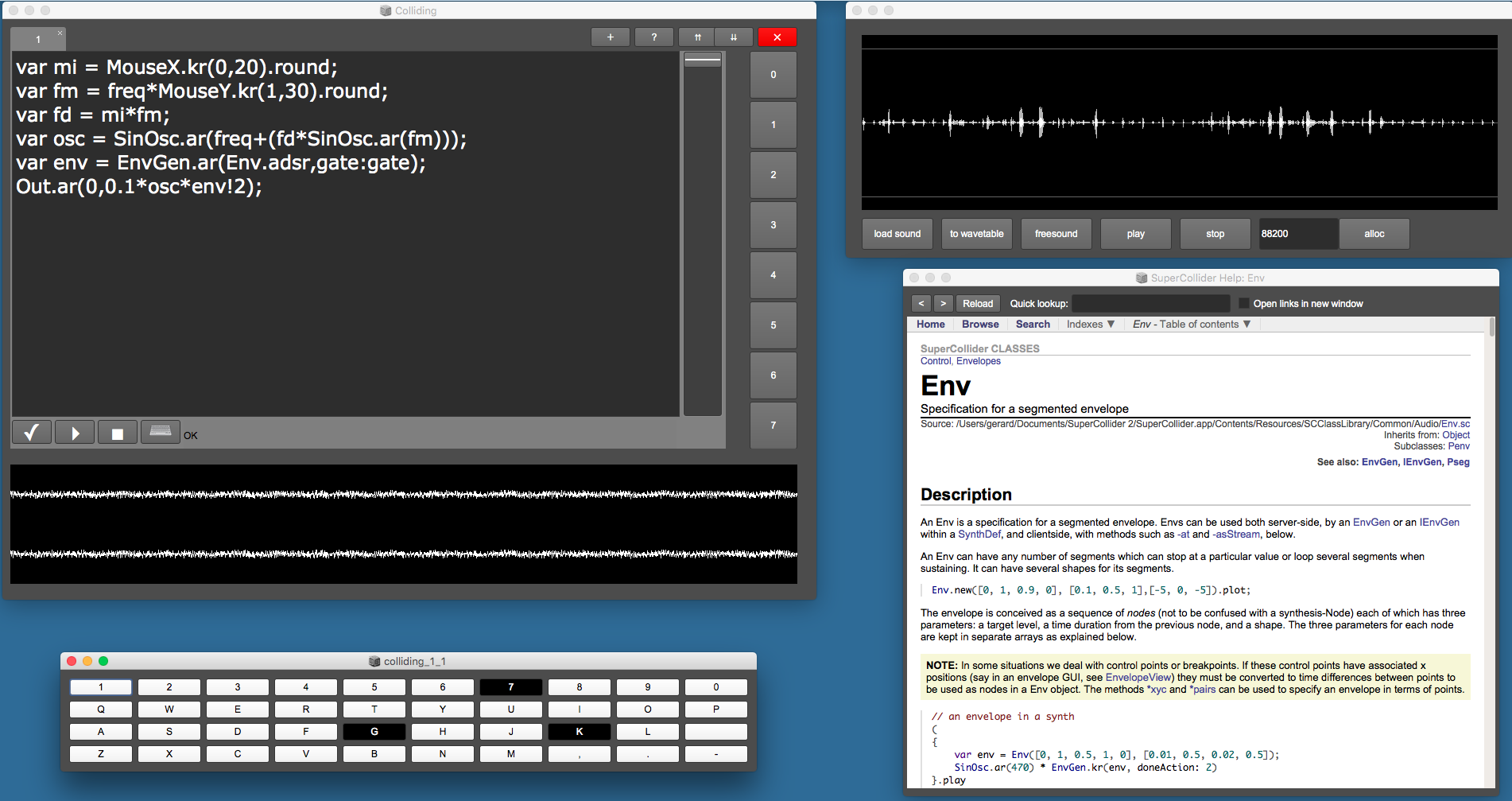 A simplified environment for writing server-side SuperCollider code. It has been useful for both educational settings and live coding performances. The main focus is facilitating asynchronous actions, introduced by the distributed architecture of SuperCollider 3, with graphical interface. This allows focusing on the subset of the SuperCollider language that creates signal processing graphs.

While working at the Freesound project, I wrote several clients for its REST API. The API consists of a number of http calls that, by default, return JSON documents. The clients wrap these and make it simpler to interact with the API for searching and downloading sounds from Freesound.

I wrote the original version based on Vincent Akkerman’s client for the (now defunct) Canoris API. It is now maintained at the Music Technology Group.

Can be used both in Node and in browser applications.

Available as a Quark for SuperCollider.